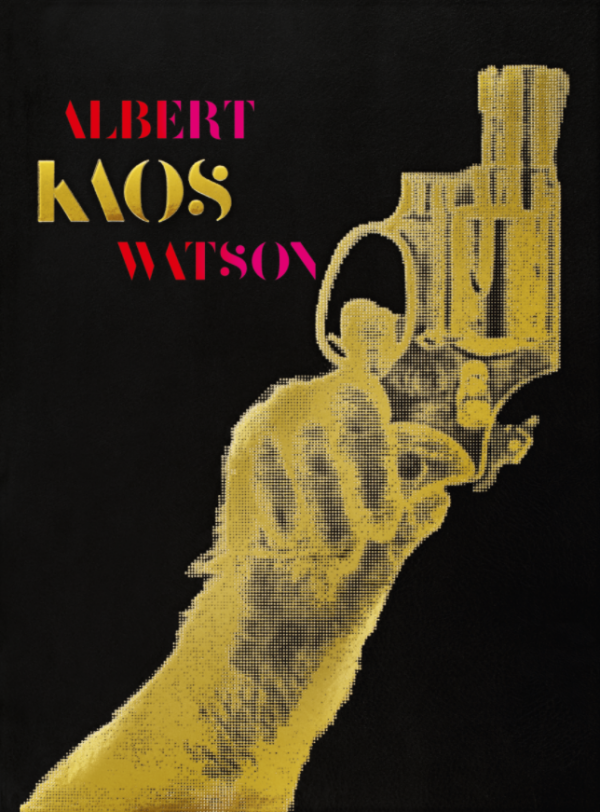 What makes Albert Watson one of the world’s most revered photographers, hailed by peers, critics, and collectors alike? Is it his unparalleled celebrity portraits? Breathtaking landscapes? Sensual nudes, still lifes, illustrious fashion shoots?

Limited to 1,000 copies signed and numbered

KAOS presents a kaleidoscopic overview of Watson’s career to date and the dazzling array of subjects, objects, people, and places he has encountered along the way.

Albert Watson has made his mark as one of the world's most successful fashion and commercial photographers during the last four decades, while creating his own art along the way. Over the years, his striking images have appeared on more than 100 covers of Vogue around the world and been featured in countless other publications, from Rolling Stone to Time to Vibe - many of the photographs are iconic portraits of rock stars, rappers, actors and other celebrities.

This remarkable collection is accompanied by an essay from former head of photographs at Christie’s, Philippe Garner, extensive quotes from Watson, as well as dozens of previously unpublished test Polaroids, culled from Watson’s personal archives to provide unique insight into his photographic process and evolution. The result is a defining document of the “photographer’s photographer,” iridescent in its graphic, often cinematic allure, and irresistible in its eclectic glory.