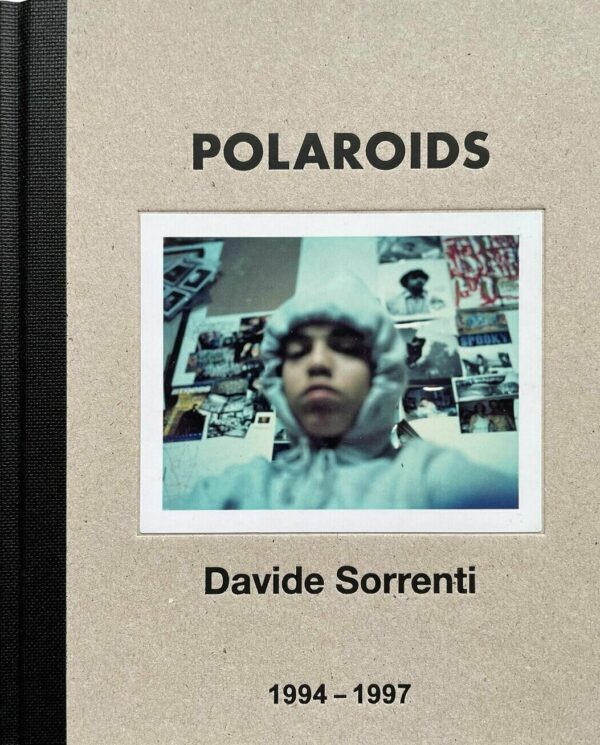 A book of instantly unforgettable Polaroid photographs taken by Davide Sorrenti between the years of 1994–1997.

There are 125 Polaroids in the book. Davide’s mother Francesca spent much of her New York lockdown looking for these pictures. Scanning them. Tagging them and curating them.

‘These pictures show the love he had for friends, family and the world that surrounded him.’

Before his tragic death at the age of 20, Davide Sorrenti spent four years in a whirlwind of intense creativity. The Naples-born, New York-raised photographer was a pioneering force in the 90s fashion scene, injecting it with a gritty authenticity the likes of which had never been seen before. To many, he was considered to be the driving force behind the era’s “heroin chic” aesthetic: his subjects would often be slight, strung-out models and vagabonds shot on the streets, or in the rundown apartments, of New York.

While locked down this year, Davide’s mother was looking at his Polaroids and reminiscing about a lifetime gone. She realized that a collection of these moments should be the next book. The second book to uncover the archive of this young man who produced all these Polaroids, photographs – and the diaries and fashion work – in such a short period of time.

Explore the more intimate side of Sorrenti with Polaroids. Available now at MENDO.