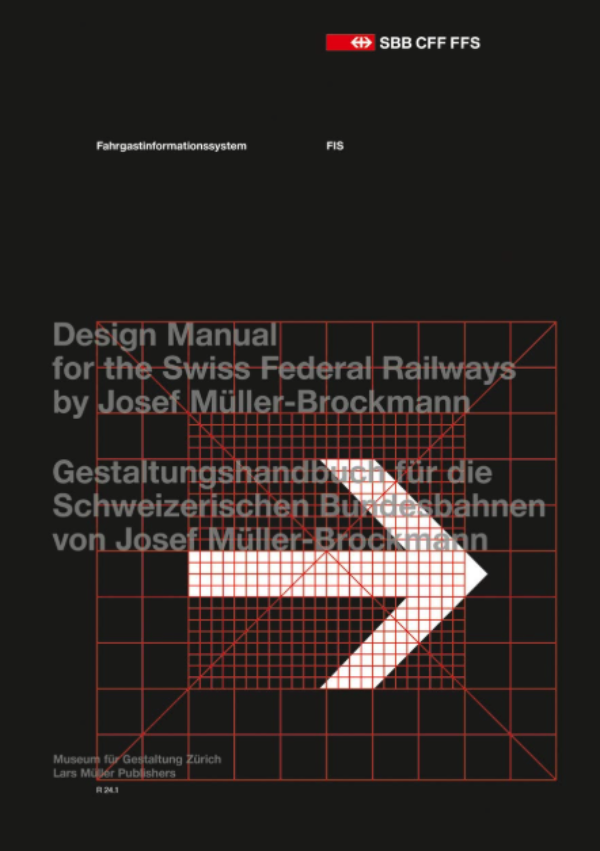 In 1980, the Swiss Federal Railways contracted one of their country’s leading graphic designers, Josef Müller-Brockmann (1914–96), to overhaul the design of their train stations’ signage, a project that resulted in a “visual information system” using intuitive pictograms to orient rail passengers, doing so largely without the aid of language.

Müller-Brockmann’s manual, expanded in 1992, is a complex, large-scale design project that met its users’ needs through its emphatic rationalism and consistency. This reprint in English translation―part of Lars Müller’s XX The Century of Print series―makes the manual accessible for the first time to a broader public, and is one of the most significant projects by this legendary designer, well known for his posters and the influential magazine he founded, New Graphic Design (1958–65).

This reprint in English translation―part of Lars Müller’s XX The Century of Print series―makes the manual accessible for the first time.

A Visual Protest: The Art of Banksy