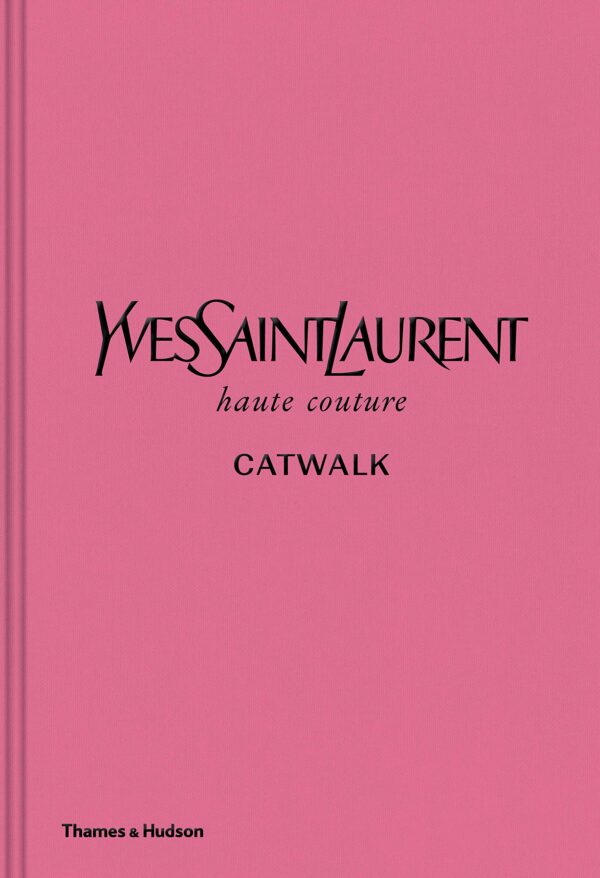 Founded by Yves Saint Laurent and Pierre Bergé in 1961, shortly after the young couturier left his post at the helm of Christian Dior, Yves Saint Laurent would soon become one of the most successful and influential haute couture houses in Paris.

Yves Saint Laurent was a European fashion designer born on August 1, 1936 in Oran, Algeria. As a teen, he left for Paris to work for designer Christian Dior and gained acclaim for his dress designs. In 1966, he launched his own fashion labels, where his adaptations of tuxedos for women garnered him fame. He was the first living designer to receive a solo exhibition in New York’s Metropolitan Museum of Art in 1983. The Designer died in Paris on June 1, 2008 from brain cancer.

The book opens with a concise history of the house, followed by a brief biographical profile of Yves Saint Laurent, before exploring the collections themselves, organized chronologically.

These showcase hundreds of spectacular clothes, details, accessories, beauty looks and set designs – and, of course, the top fashion models who wore them on the runway. A rich reference section concludes the book.

Reinvention and Restlessness: Fashion in the 90s