Greatest Of All Time - MENDO
0

A Tribute to Muhammad Ali 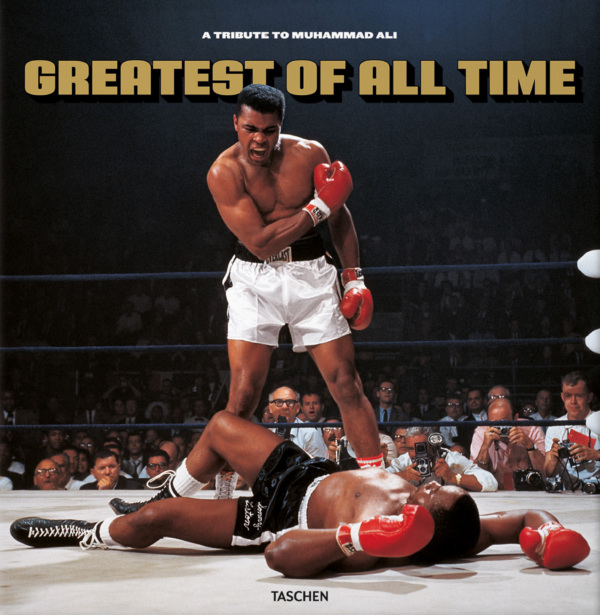 A book with the power, courage, depth, creativity, and dazzling energy of its extraordinary subject. Slimmed down from the heavyweight Collector’s Edition, this bantamweight edition is smaller in size, but pulls no punches on its expertise, passion, and insight on The Champ.

With thousands of images, including photography, art, and memorabilia and two gatefold sequences, the book pays vivid tribute to The Greatest both in and outside of the ring.

Original essays and five decades’ worth of interviews and writing explore the courage, convictions, and extraordinary image-building that made Ali one of the most recognizable and inspirational individuals on the planet, an icon not only as an extraordinary athlete, but also as an impassioned advocate of social justice, interfaith understanding, and peace.

Muhammad Ali born Cassius Marcellus Clay Jr January 17, 1942 – June 3, 2016) was an American professional boxer and activist. He is widely regarded as one of the most significant and celebrated sports figures of the 20th century. From early in his career, Ali was known as an inspiring, controversial, and polarizing figure both inside and outside the ring.

'An amazing book… all the iconic photographs that people took of The Champ.'

'An amazing book… all the iconic photographs that people took of The Champ.'

A book with the power, courage, depth, creativity, and dazzling energy of its extraordinary subject.

Saul Leiter: In My Room